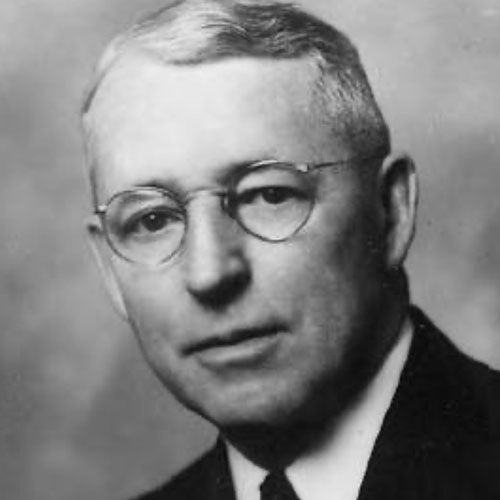 Albert Earl Aikenhead was born on a farm near Brucefield, Ontario, in 1882. As a boy, he studied at the Clinton Collegiate Institute and graduated from the University of Western Ontario in 1907. While at University, he was captain of the football team. Dr. Aikenhead interned at St. Joseph’s Hospital in London, Ontario, for a year before setting up his own practice in Hensell. During this time, he married and, in 1912, made his way to Calgary to set up a solo practice.

Dr. Aikenhead had been practicing medicine for ten years when he was asked by Dr. Steward Macnab to help him form Associate Clinic.

Having a deep commitment to his patients’ wellbeing, Dr. Aikenhead was not interested in specializing. He was one of the last of his generation of practitioners who took the whole of medicine for their practice. “He looked after all kinds and conditions of people because they were human beings and were ill, acting to all such as friend and advisor.” During his time at Associate Clinic as a general practitioner, he also worked as a surgical assistant and later became an anesthetist, though he never limited himself to this specific branch of medicine.

Many physicians would recall the friendliness of the family. Whenever a new physician came to town, Mrs. Aikenhead would immediately invite them over for tea or dinner.

Retiring from the clinic in 1947, he became more active in the affairs of the city and was elected to city council in 1948, but he kept a watchful eye on the Clinic in which he took great pride and keenly watched the progress of the younger physicians. He was also a member of the Calgary Hospital Board and a past president of the Calgary Lawn Bowling Club.

Dr. E.P. Scarlett described Dr. Aikenhead as one who never sought great responsibility in medical or public life but was content to do his job in the pattern of living which he had chosen. He was a man of complete integrity of character, and he was one who possessed a great sense of duty and the command of deep affection of his family and friends. Dr. Aikenhead would forever be remembered for his goodness, his loyalty, and his great devotion to duty.