In 1932, Dr. Scarlett, with his deep love of history, be it medical, musical, or the world, in general, suggested that the members of the clinic hold an extra meeting once a month to gather and deliver papers devoted to medical history.

Eventually, the name for these meetings became known as Historical Society, and they were held from September to April. News of these meetings came to be known outside the clinic and attendance was on the rise with new doctors being invited to come and listen or to give papers.

One day, Dr. Stanley approached Dr. Scarlett with an idea. “Look here Scarlett, I’ve just been doing a little thinking. We’ve got a good historical society going here, and I understand you’re a writer. Why don’t you start a magazine?” Dr. Scarlett stated that he did not know a thing about starting a magazine or editing, but Dr. Stanley said that he would help gather material and rope the other doctors into paying for it if he would edit it. Thus, the Calgary Associate Clinic Historical Bulletin was born.

The first issue, released in May 1936, began with a note from the editor, Dr. Scarlett:

"This number is the introduction to a series of articles which the Calgary Associate Clinic will issue quarterly to the members of the profession in the Calgary and adjoining medical districts. Each succeeding number will comprise a brief resume of the proceedings of “Historical Nights,” held monthly under the auspices of the medical staff of the Clinic, and will endeavour to review in turn the lives and works of the galaxy of Pioneers in Medicine, who, by their foresight, industry, determination, and self-sacrifice, have established during the centuries the eternal principles of the Science of Medicine, and bequeathed to this modern generation the great historical doctrines on which those principles are based.”

The fact that the bulletin was free was one of its many unique qualities. For the entire twenty-two years and eighty-eight issues, the cost was borne entirely by the members of the clinic. “Although the Depression had arrived, there were no complaints from clinic doctors about the cost. They simply figured Stanley and Scarlett were slightly crazy and let them get on with it.”

In addition to providing copies of the papers from the Historical Society, the CACHB printed articles from across Canada, and as the CACHB grew, so to did subscriptions and contributors, some as far away as New Zealand. Each issue included a section about Alberta’s medical history, authored by Dr. Stanley, in which he focused on his own experiences as a pioneering physician in High River in his column “Medical Pioneering in Alberta.” Dr. Scarlett also contributed to his own column entitled, “Medical Miscellany: from the Commonplace Book of a medical reader.” Scarlett would write sixty-three columns during the years of the Bulletin’s circulation. 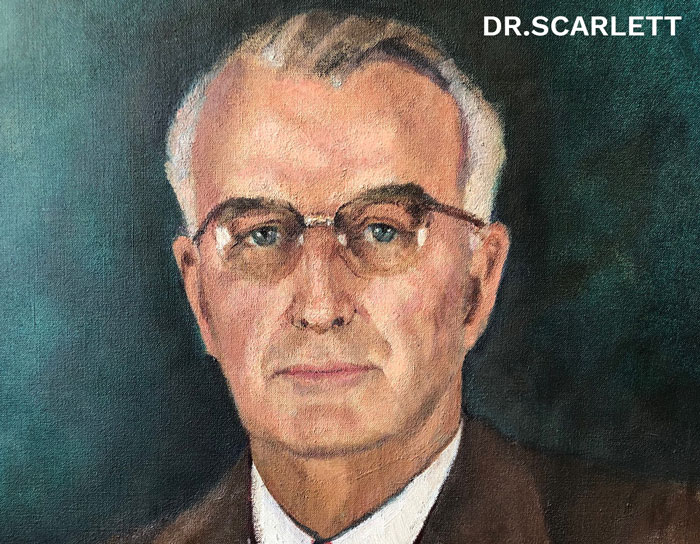 The Bulletin initially printed a thousand copies and was published quarterly. Eventually, readership increased, and the size of the issues expanded from eight pages to over one hundred pages in the tenth-anniversary issue (volume 10, no. 1) in 1946; the norm was forty.

Dr. H.E. MacDermont stated, “the Bulletin has preserved in its pages pictures of pioneering medical life in the mid-west, which are of priceless value in Canadian medical history.” The Bulletin included many stories that might have otherwise been lost and turned them into a permanent record.

The Calgary Associate Clinic Historical Bulletin would come to an end with the death of Dr. Stanley in 1954 and the retirement of Dr. Scarlett in 1958.

With this issue, the Bulletin comes to an end after twenty-two years of continuous publication. No journal of its kind has attained such an age in this country. In some eighty-eight issues with the enthusiasm of the amateur and innocent of the more severe disciplines of history, we have dealt with all the phases of medical history and have ranged widely into para-medical channels of the past and contemporary thought and opinion.

Everything about Scarlett’s journal was “unlikely.” It appeared in the middle of the Great Depression, in a small city in the middle of nowhere, and was funded by a group of doctors who were not even sure what they were paying for. Perhaps the most unlikely fact was that it lasted more than two decades. Volume 22, no. 4, February 1958, would be the last volume published. Time would take its toll on the men who founded it, but not before they had left an example in medical journalism which will not easily be equalled.