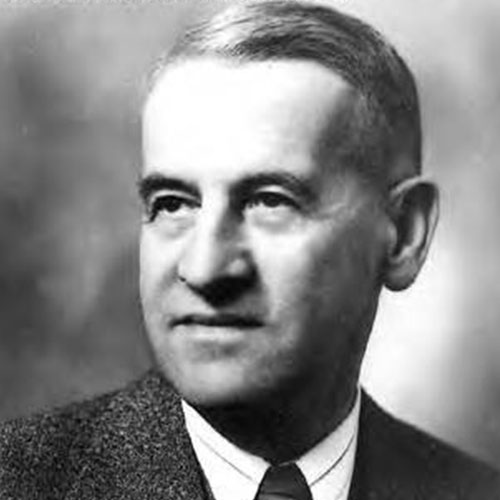 James Scovil Murray was a native of St. John, New Brunswick. He received his early education at Saint John High School and Rothesay Collegiate School before attending McGill University, where he graduated in 1904.

His first practice was in Upham, King’s County, and later, he moved on to Hampton, New Brunswick, before coming to Alberta in 1909. He settled and maintained a solo practice in Okotoks. Dr. Murray loved the Foothills of Southern Alberta and their backdrop of the Rocky Mountains. He later went to Calgary and, with Dr. Macnab, helped found Associate Clinic.

Dr. Murray was considered the problem solver of the group. It was said that his presence in a room was often enough to lift the spirits of those whom he attended. “When he entered a sick room, he inspired confidence. His patients felt better; got better.”

During the early years of the Clinic, any group practices faced strong opposition from solo practitioners. Many criticism and slurs were brought against the physicians in the Clinic, and it was Dr. Murray who helped to bring the group together to rise above the disparaging remarks. He said, “Let us give each other the right hand of fellowship in faithful promise that henceforth as a matter of policy, no matter what unkind thing may be said, we will never utter back a single word of resentment.”

Dr. Murray especially enjoyed obstetrical work. One associate estimated that he delivered more than 3000 babies during his career, even though he did not specialize in obstetrics.

Dr. Murray was an avid fisherman and took great delight in the trout waters of the Highwood River. He was also skilled as a mechanic, and he had a great love for cars. Despite the enjoyment of these hobbies, he never let his own personal needs interfere with his practice.

In 1943, a cardiac condition forced Dr. Murray to take a part-time position with a shipping company in Vancouver, performing examinations of seamen. He died there on December 23, 1947.

His obituary in the Historical Bulletin read “…His friendship to his associates was constant and sincere; his relationship to his patients was intimate and kindly; his service in the art of medicine was skillful and dependable, and he as always ethical, trustworthy, and highly respected.”